Escape The Fate announce 'This War Is Ours' 10th anniversary tour


Official music video for 'I Am Human' by Escape The Fate. Stream or Buy 'I Am Human' - https://etf.ffm.to/iamhuman.OYD Follow Escape The Fate on Spotify: http://spoti.fi/2eKLnQO Follow Escape The Fate: Instagram: https://www.instagram.com/escapethefate/ Facebook: https://www.facebook.com/escapethefate/ Twitter: https://twitter.com/EscapeTheFate Website: http://www.escapethefate.com/ Escape The Fate - I Am Human (Lyrics): This is for the ones with words unspoken This is for the ones dealing with hearts broken I can’t believe everything I see A world full of hate and of vanity With so much beauty and love inside me When does our innocence turn into arrogance? I am strong, I am weak, I am everything between I am proud to be me I am human I am weird I’m a freak I am different I’m unique I will love who I please I am human, you are just like me Faith is so much stronger than fear Open your heart to the truth you might hear Taste your words before you spit them out Silence can be louder than a shout There’s so much beauty and love inside us When does our innocence turn into arrogance? Rejoice it’s a miracle Director: Robyn August Producer: Matt Phelan #IAmHuman #EscapeTheFate #ETF © 2018 Better Noise Records 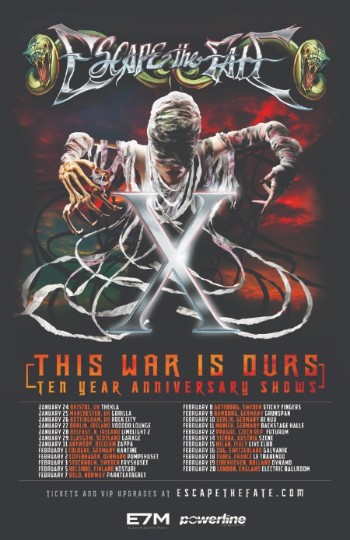 ANNOUNCE UK/EUROPEAN HEADLINE TOUR
CELEBRATING 10 YEARS OF THIS WAR IS OURS WATCH THE VIDEO FOR THEIR LATEST SINGLE
‘I AM HUMAN’ HERE Stream the new 2018 album I Am Human below
http://smarturl.it/iamhuman

Escape the Fate have announced a ten-year anniversary tour commemorating the release of This War Is Ours, the band’s debut record with frontman Craig Mabbitt. The band will be performing the album in its entirety on the 23-show run across Europe and the UK, preceded by select anniversary shows in the United States. Tickets are on sale Friday, November 2nd. "After the success of the Australian leg of This War Is Ours 10 Year Anniversary Tour, we are ecstatic to have the opportunity to bring the tour over to the U.K and Europe. We can’t wait to celebrate with you all", says frontman Craig Mabbitt of the tour.  Earlier this year, Escape the Fate released their sixth studio album, I Am Human. Produced by GRAMMY® Award-nominated producer Howard Benson [My Chemical Romance, Adam Lambert], this record sees an evolution of Escape the Fate’s sound that brings the band back to the excitement of their roots. “We’re getting older, and we’re changing so our music should change with us”, singer Craig Mabbitt explains. “At the same time, we rediscovered what made us who we are; I felt like I was 17-years-old again. I haven’t been this excited to release something since I first joined the band and we put out ‘This War Is Ours’”. With I Am Human, Escape The Fate transmit a raw, real, and relatable narrative through airtight songcraft, lyrical honesty, and stadium-worthy delivery indicative of a shared human experience. The This World Is Ours tour begins with select shows in the United States in December before kicking off on January 24th in Bristol, UK and treks across Europe before wrapping up in London on February 20th. All tour dates below. For tickets, VIP packages and more information, visit www.escapethefate.com. 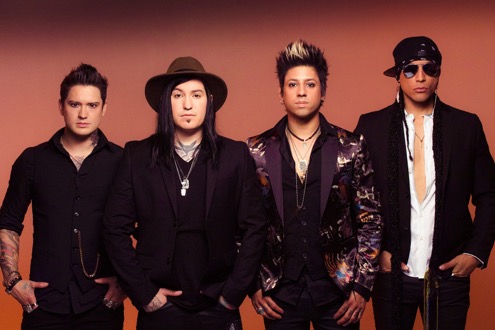