Marco Germani: "Storing the Past" is officially out 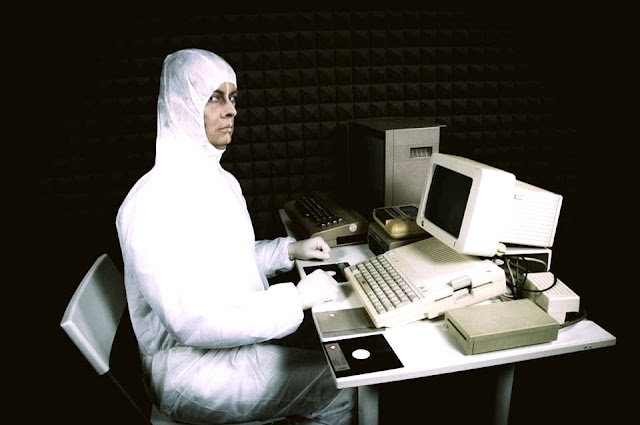 Marco Germani: "Storing the Past" is officially out

"Storing The Past" is the new videoclip by Marco Germani, a videoclip that anticipates the artist's next solo album. Direction and editing are by Elisa Collimedaglia. In the video appear the members of the band of the same Germani, Limbo Neutrale. They are superimposed on the speeches of famous American characters (Charles Manson, Steve Jobs, Martin Luther King, John F. Kenny, Michelle Obama, Donald Trump).

The protagonist of the videoclip is a man of the future (or an alien?) Who works by filing and testing vintage machines like the Commodore 64, a TEAC reel tape recorder, a Motorola mobile phone, floppy disk and minidisk. He then gets scared repeatedly for what he sees in the cathode tube monitors. The single presents electro-industrial influences. There are also hammering guitar parts typical of metal. The piece is entirely made by the artist in all its parts and produced by his independent record label After Life Music Dimension of Vigevano, Pavia.

Born in Vigevano (Pavia, Italy) on 11-06-75, he began his classical studies at the age of 9 under the guidance of Maestro Carlo Barone and continued until he graduated in theory and solfeggio. In these years he followed all the summer internships of the Academy of the nineteenth century on Lake Maggiore. At 20 he devoted himself to modern music and graduated in electric guitar at the C.P.M. from Milan. At the same time he created and directed the C.M.M., the first Vigevano music center that includes a rehearsal room, a recording studio and a modern music school.

He is guitarist of very special cover projects: Penthouse Brothers (tribute to the 80s soundtracks), Natural Sound Killers (rock / blues, country), Rubik's group (80s pop / dance), Clara and the Wizards of Rock ( rock, female pop), Riders of the Rock (acoustic and electronic tribute to rock history from the early 60s to today). He is a session man in unplugged and light music situations, taking part in white nights and street parties. Art consultant and event organizer for local, common, pro loco, he works as producer and promoter for emerging artists.

Since 2016 he is President of the Cultural and Recreational Association After Life Music Dimension born to help anyone who wants to embark on a musical career or desires that art, entertainment and music become part of his life. In 2016 he published his second solo album "N.D.E." (Near Death Experience), a concept with many sounds: from rock, to industrial, to electronic and experimental. It is a work entirely self-produced and very intimate that sees the participation of many artists friends or linked to After Life Music Dimension. It is published both on CD and in digital version and distributed on all the main portals. It has been accepted by independent critics as a very well-kept and intense work.

He regularly works as a guitar teacher and ensemble music, dedicating a great deal of time to the formation of musical groups and the creation of live music performances. He has performed and has collaborated with Mediaset, primary and secondary schools, youth centers, neighborhood houses, Caritas, voluntary associations, sports clubs, associations for the disabled, fencing practice at a competitive level and is very linked to the world of wellness for who also made seminars to approach music for spinning and dancing. 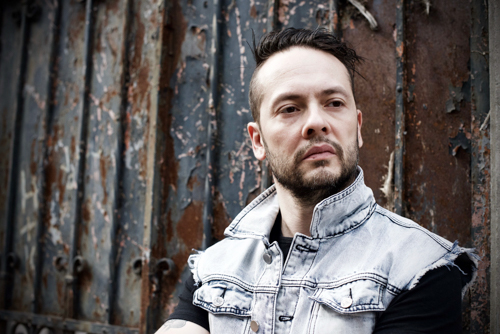