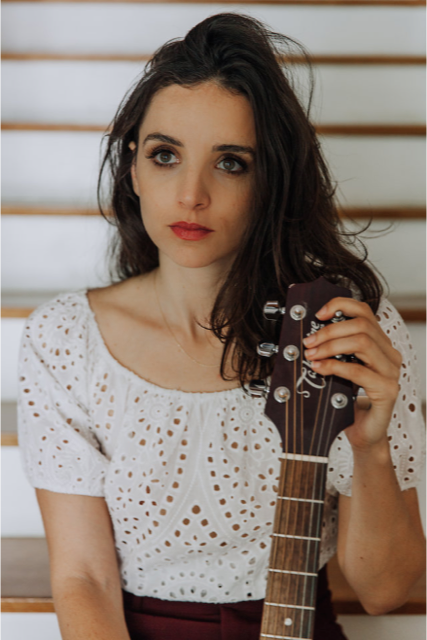 The new video by Dia. Dia collaborated with Rock & Roll photographer Koury Angelo (Rolling Stone, Billboard, People) and Jamie Foxx’s daughter Corinne Foxx (Miss Golden Globe, Dolce & Gabbana, Ralph Lauren) to create a video for her cover of the Turtle's song 'Happy Together'. Miss Foxx is spokesperson for NAMI.org (National Alliance on Mental Illness) and wanted to explore the internal struggle with anxiety and depression that so many people face, particularly in light of a historically high national suicide rate.

The video depicts one woman's ever shifting relationship to her mental health as illustrated in the contrast between a dreamy Topanga Canyon landscape and an abandoned home. Her fragmented self image is symbolized through broken mirrors, shifting moods and surreal overlays.

Diā is the stunning project of composer and performer, Danielle Birrittella.

Raised on a Hindu ashram, she sang ceremonial ragas as a child, which led to training and performing as an opera singer throughout the U.S. and Europe. Along these travels, she began experimenting with music and writing song fragments on a ukulele, which was gifted to her by her brother. Diā reminisces how she "would literally sit on the floor of my bathroom and come up with melodies". Encouraging reactions from those close to her, reinforced her musical path.

Diā 's practice as a classically trained opera singer induced an incredibly critical ear. Her influences of classical music, such as Baroque and French Romantics are beautifully infused with modern experimental cinematic folk within her music. With the critical success of her debut EP Tiny Ocean, Diā is set to release the highly anticipated follow up single ‘Valentine’. Featuring poignant lyricism, with 60’s vintage soundscapes the single creates a moody and ethereal tale of yearning for a lost love. ‘Valentine’ highlights Diā's signature style of lush baroque-pop and cinematic folk.

Diā has found success, being featured in such prestigious outlets as Huffington Post, Wonderland Magazine, Earmilk, LADYGUNN, Culture Collide, People Magazine, The Line of Best Fit and The 405 among others. Diā's previous single ‘Covered in Light’ was used as the official song for the trailer of popular indie film, Newness.