She Makes War shares video for 'Devastate Me' 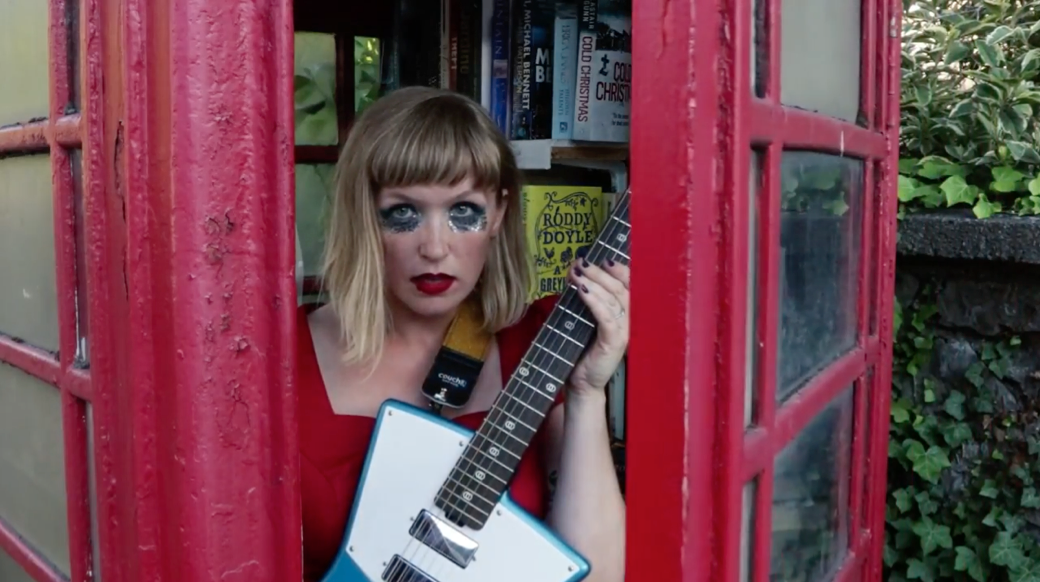 UK HEADLINE TOUR STARTS IN OCTOBER
Bristol based multi-instrumentalist producer and visual artist She Makes War has shared the video for ‘Devastate Me’. The video premiered on Clash and is the first single taken from her upcoming album Brace For Impact, out October 5th.

A celebration of all things analogue, the video sees She Makes War mastermind Laura Kidd celebrating various facets of life offline, a reminder of the dangerous culture of digital reliance dominating modern life.

“I wanted to make something bouncy and fun, an antidote to the self-indulgent testosterone-fuelled ‘rock’ videos of the past and present, something that doesn't take itself so seriously but can still accentuate a killer riff”, says Kidd. “So here it is. I can rock out without my cock out. My balls are nowhere near the wall. Let's celebrate our individuality, let's have some fun.”

Blending raucous guitar and infectious vocals, ‘Devastate Me’ is an unrestrained commentary on the impact of our collective online presence on our lives, from stalker exes to the hysterical screeching of Twitter.

Simultaneously scintillating and scathing, the track is an infectious dose of punk-infused pop with a conscious message. The track is taken from her upcoming album, Brace For Impact, the follow up to 2016’s acclaimed Direction Of Travel. The album is available for pre-order here.

She Makes War has built a strong following, having played over 600 shows in the UK and Europe and receiving extensive online acclaim plus support from BBC 6 Music. Her last album Direction Of Travel earned plays from Steve Lamacq, Tom Robinson, Chris Hawkins, Lauren Laverne and Gideon Coe, as well as John Kennedy at Radio X and Alex Baker at Kerrang.

A fiercely devoted, independent DIY force, She Makes War has crafted her success from a close relationship with fans, placing importance on her music’s physical form and an emphasis on the live experience.

Equally at home playing heartbreaking pin-drop solo sets and fronting her explosive five piece band, she brings the experience back to its core by constantly finding new ways of communicating songs to people, striving to make art a part of the fabric of everyday life.

She Makes War will be heading out on a headline tour this October. Tickets are available via shemakeswar.com. Full dates can be found below.

Right now, the world needs a warrior. She Makes War is just that, and she has a message - wake up world and Brace For Impact.

“Why just sing songs, when you can build worlds?” – The Quietus

“A pioneering revelation that will blow you away” –  DIY