Tiny Desk Contest 2017 Submission. More Pauses: https://thepauses.bandcamp.com/ https://www.facebook.com/thepauses The Pauses' (who prefer that their possessive noun-ing be spelled Pauseses) overall sound is one anchored in complexion and combination, a world where guitars are BFFs with synthesizers, horns, bells, and ukuleles. Tierney Tough's bright, fresh voice glides just as easily atop the breathy sparkle and agile math of "Go North" as it does the indie-pop sway and post-hardcore torque of "Beyond Bianca." From the serious, atmospheric mood of "The Migration" and "Pull the Pin" to the lithe, glitchy charm of "Hands Up". The Pauses got mad range, often in the same song. Rooted in the dynamics and ethos of '90s indie rock, their sound is a balancing act between rock and electronics, airiness and heft, suppleness and angularity. And their debut album, "A Cautionary Tale" (produced by J. Robbins of Jawbox and Burning Airlines) shows that you can explore without losing your core. Since the album's release, The Pauses have released a split 12", contributed a track to a Jason Noble Benefit Compilation, played multiple festival showcases, invented Interact-O-Vision (a live interactive media show component), had songs featured in Harmonix's Rock Band and multiple films (see: McSweeney's "The Love Competition" https://vimeo.com/130648160), and have literally shared the stage (with members filling in as backup musicians) with War on Women, The Posies, Matt Pond PA, Davey Von Bohlen, Jonah Matranga, and John Vanderslice. The Pauses second full-length (also produced by J. Robbins) will be released in 2017. Buy the album A Cautionary Tale on iTunes: https://itunes.apple.com/us/album/a-c...... 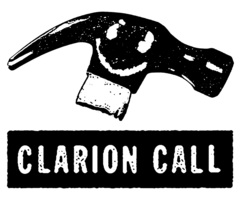 “The trio have pushed their sound deeper into pop territory as they add guitar thrust to their indietronica styles. Synths hit as hard as the distorted guitars, creating something nearly like chiptune yet with the drive of tech-savvy garage rock.” – Consequence of Sound

“Anyone interested in path-blazing indie rock should check out “Unbuilding’.” – Exclaim!

“Produced by J. Robbins, it’s got a little of the off-kilter, mathy guitars of the DC scene that birthed him, plus bouncy, Mates of States-y synths. And Tough has a delightfully dry delivery that brings to mind Speedy Ortiz or Liz Phair.” – Brooklyn Vegan

LISTEN: UNBUILDING (IN FULL)
VIA BANDCAMP
WATCH: THE PAUSES (LIVE ON DAYTROTTER)

Orlando indie-rock trio The Pauses – consisting of multi-instrumentalist Jason Kupfer, vocalist/bassist/keyboardist Tierney Tough, and drummer Nathan Chase – have been added to a number of August dates on Far‘s 20th anniversary Water and Solutions tour. Beginning on August 10 at The Space in Hamden, CT, the tour will feature The Pauses pulling double-duty nightly, opening each show with their own set along with serving as Jonah Matranga’s backing band. The tour will visit markets such as Philadelphia, PA on August 12, Atlanta, GA on August 18, Dallas, TX on August 21, Chicago, IL on August 25, Detroit, MI on August 26, New York, NY on August 30, and culiminate in a performance on August 31 in Worcester, MA. The Pauses are also confirmed to perform as part of Sing Out Loud Festival in St. Augustine, FL on September 8. A full listing of dates can be found below along with more information on the band’s official website,https://www.thepauses.com. 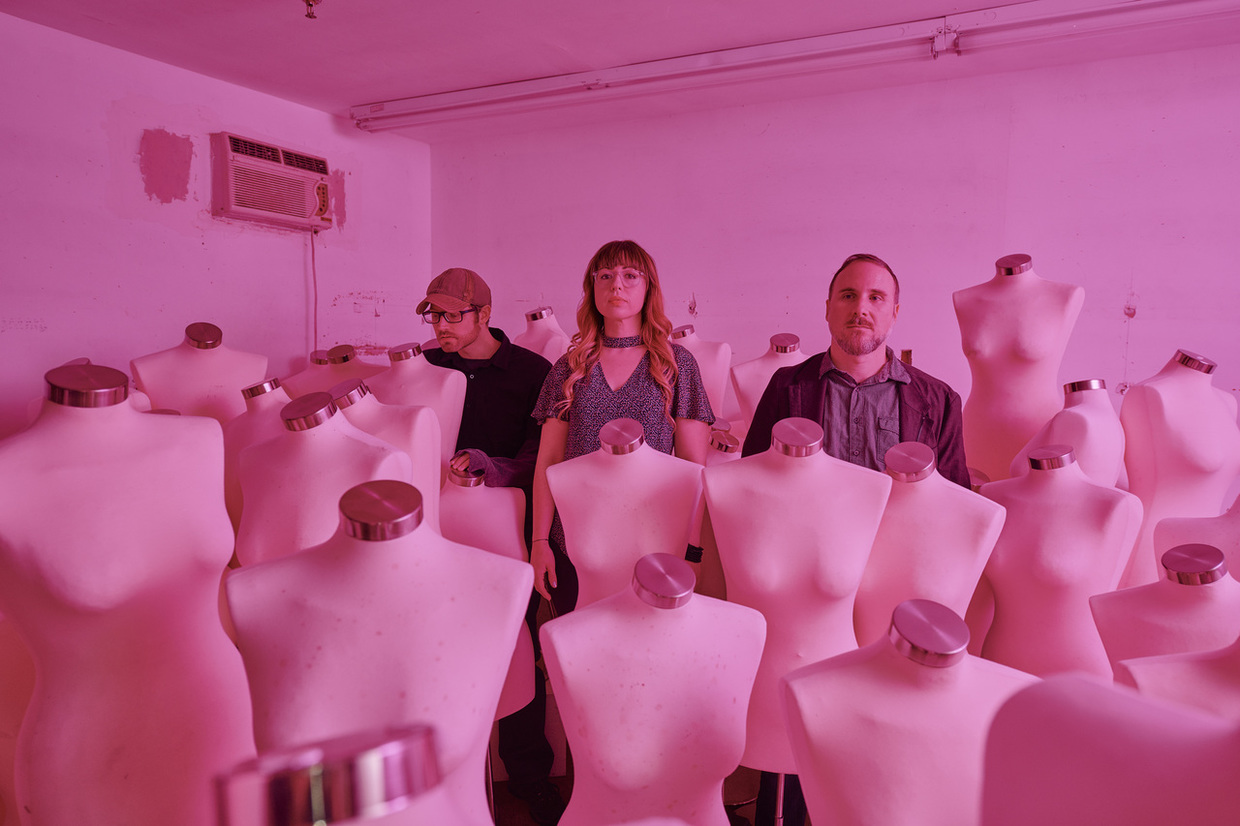 With Unbuilding, The Pauses’ sophomore album recently released by Arctic Rodeo Recordings (stream & purchase on Bandcamp), the band have hit their sonic geyser, and attentive listeners can marvel at the resulting indie-rock & electronic glints and glitter. Their debut, 2011’s A Cautionary Tale, introduced listeners to Kupfer’s studied ear and methodical rock flourishes, Chase’s technical rhythms, and Tough’s attentive musicality and immaculate vocal. Produced by the legendary J. Robbins, his influence can be heard in the heavier guitar propulsion that churns under the allure of the electronic ear candy on the surface. This combination live makes dancing feel like a decision the whole room made at once. On the new album, the band has evolved their collaborative songwriting, and few tracks show the pop heft of that effort as well as the LP’s lead single, “Digital Detox.” It slams you almost like a wall of sound, with Tough’s typically clear-as-a-bell vocal distorted to great effect, evoking ‘60s girl groups with warped sensibilities. Trumpets, timpani, cello, theremin and electronic elements are called upon to create The Pauses’ authentic sound, and then whisked away to allow the vocals space, as in the sparse, unusual dreamscape on “Had/Have.” Other times, the sound can bound in bilateral increments, like the playful piano to guitar crush of “The Means.” Their range is key, with loud, live rockers like “Don’t Wake Me Up” and “Animus?”, which is particularly intense as it dangles wildly at the album’s end and concludes, “What a way to feel nothing real.” That line evokes an overarching theme of the album, which gazes into the black mirror and is smart enough not to take it seriously. Songs like “Eventually, Everything Connects,” “Digital Detox” and “Don’t Wake Me Up” suggest a rebellion against the online drone, with lines that invite you to throw your arms up and sing out, “I don’t need the details shoved down my throat.”The Pauses will be making the following appearances this summer. Dates below with more to be added soon. 8/10 Hamden, CT @ The Space *8/11 Baltimore, MD @ Ottobar *8/12 Philadelphia, PA @ Boot & Saddle *8/13 Richmond, VA @ Capital Ale House *8/14 Greenville, SC @ Radio Room *8/15 Jacksonville, FL Jack Rabbits *8/16 Orlando, FL @ Wills Pub *8/17 Tampa, FL @ Microgroove * 8/18 Atlanta, GA @ The Masquerade *8/20 Austin, TX @ Come and Take It Live *8/21 Dallas, TX @ The Prophet Bar *8/22 Houston, TX @ Continental Club *8/23 Little Rock, AR @ White Water Tavern *8/24 Kansas City, MO @ Josey Records *8/25 Chicago, IL @ SubT Downstairs *8/26 Detroit, MI @ Pike Room *8/27 Grand Rapids, MI @ Pyramid Scheme *8/28 Pittsburgh, PA @ The Funhouse *8/29 Rochester, NY @ Photo City *8/30 NYC, NY @ Mercury Lounge *8/31 Worcester, MA @ Ralph's Rock Diner *9/8 St. Augustine, FL @ Sing Out Loud Festival* w/ Jonah Matranga 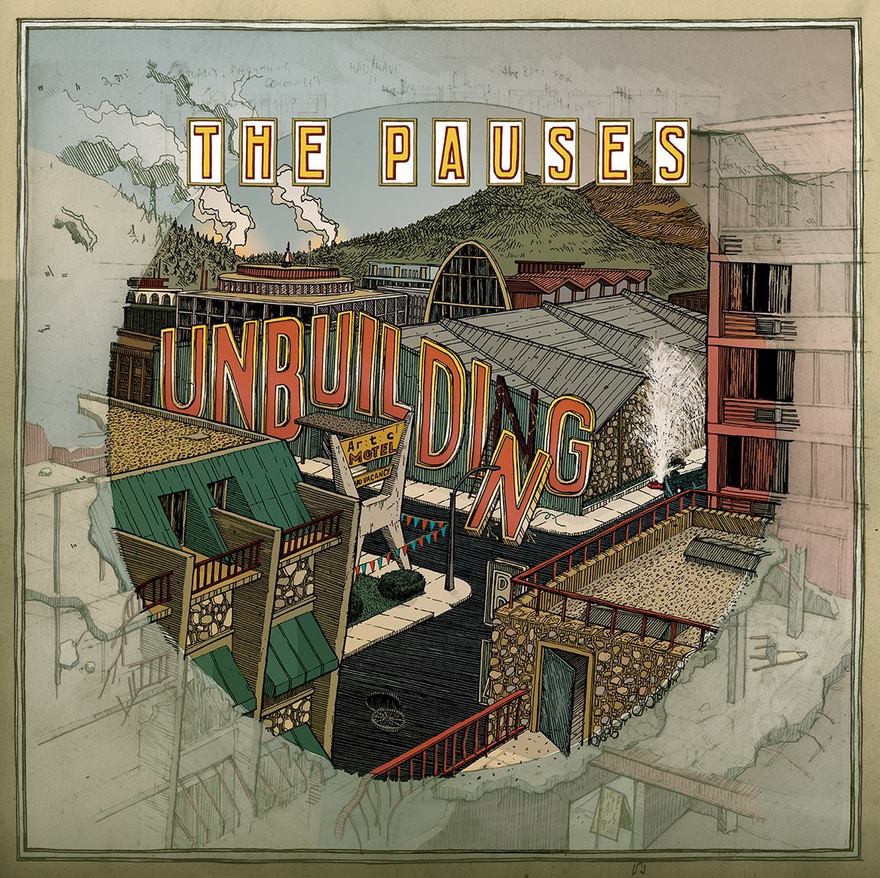