THE BLACK SORCERY: Debut Album ‘…And the Beast Spake Death from Above’ From Canadian Bestial Black Death Metal Troop Streaming At Decibel Magazine 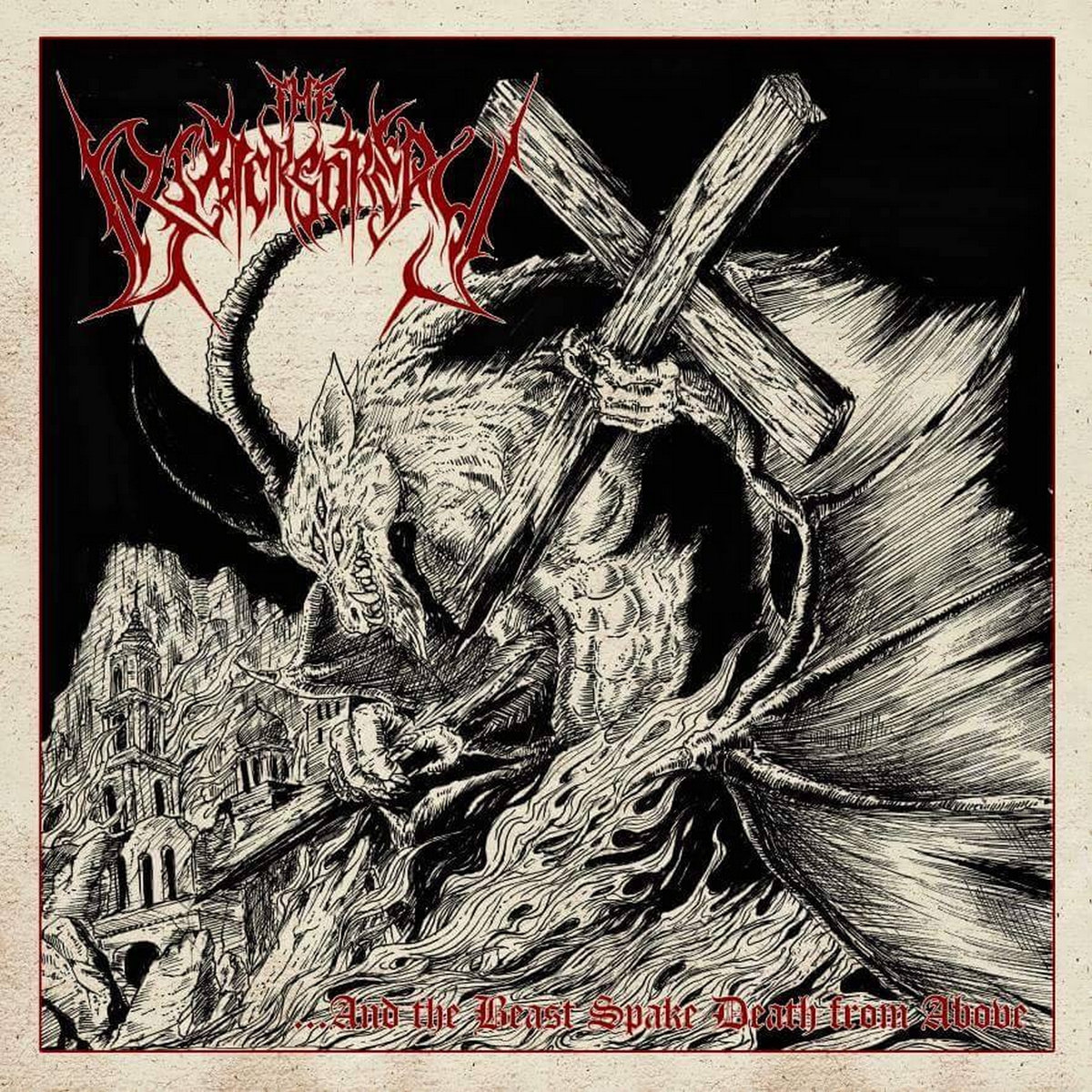 THE BLACK SORCERY: Debut Album ‘…And the Beast Spake Death from Above’ From Canadian Bestial Black Death Metal Troop Streaming At Decibel Magazine

Canadian war/black death metal hounds THE BLACK SORCERY's debut album  ‘…And the Beast Spake Death from Above’ is only a day away from its release date. The album will be out tomorrow (May 29, 2018) viaKrucyator Productions (on tape and digitally) and Hammer of Damnation (on CD).
Decibel Magazine offers the advance streaming of the entire album prior to its release date AT THIS LOCATION
Says the vocalist Lörd Matzigkeitus: “…And the Beast Spake Death from Above is a barbaric onslaught of multiple stab wounds. It has no pretenses for melody or respite. It is a half hour war. The Black Sorcery will source out your last shred of longing for this world, and force it into a gas chamber. Those who choose this path, suffer a rancorous decay.”

THE BLACK SORCERY is a savage, despotic wall of bestial black/death hellfire crafted from the frozen tundra of Canada. Despite being a recently formed force, the members associated with THE BLACK SORCERY are no strangers to each other, and most importantly, not a newcomer in the underworld of ravaging extreme metal.  Sharing members from The Projectionist, Path to Extinction, Albanach ar Dheis, Diabolus Amator, and Thy Sepulchral Moon, the troop aims to deliver terrorizing sonic experience that is frost veined and furiously tempting at the same time.

While carrying the cursed torch of ultra-violent black/death metal (AKA war metal), THE BLACK SORCERY does not necessarily mimeograph the exact same artefacts spawned by the overlords of this subgenre; unlike the other vocalists of this subgenre who attempt to offer cavernous, filthy death metal vocals, THE BLACK SORCERY walks in a slightly different pathway by offering glass shattering, piercing, ghastly black metal rooted vocals. Hence, they genuinely ignite the ravishing inferno to sweep away the flawed piousness and lay the foundation of their own malignant injunction.

“And The Beast Spake Death From Above”, the debut offering from THE BLACK SORCERY, to be out on tape (and digital) format through Krucyator Productions and on CD through Hammer of Damnation on May 29, 2018.

Black Sorcery - Ancient Dialects of Winds. From the upcoming album "...And the Beast Spake Death from Above".