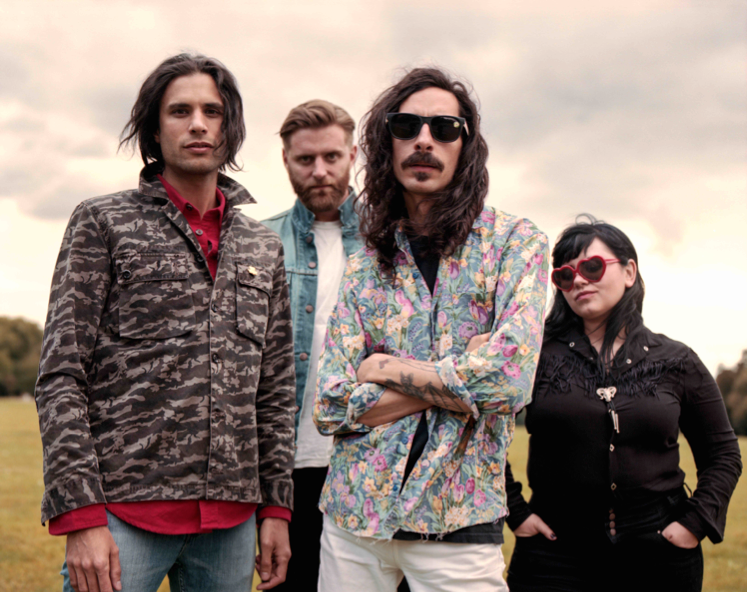 Alt-rock psych mavericks Turbowolf have released their new single ‘Cheap Magic’, which premiered on Clash who say the track is a “dirty, deranged piece of work that explodes with a sense of purpose.” It’s the latest track to be taken from their upcoming album, The Free Life, out March 9th on So Recordings. Frontman Chris Georgiadis says, "Our latest song release from our new album 'The Free Life', springs out of the hat in the form of ‘Cheap Magic’. A song conjured up specially for our times; whether they be good, bad or most likely, entirely made up. Plus as a bonus, we're incredibly happy to have our friend Sebastien Grainger from Death From Above do some singing on it too. You're welcome." Premiering on Radio 1’s Rock Show ‘Cheap Magic’ opens with an unrelenting guitar riff, drenched in near speaker-breaking levels of distortion, propelling the track into stratospheric aural majesty amid reverb-laden vocal whispers. It then explodes into its blistering verse and anthemic chorus, with vocoder saturated lyrics casting the spell of ‘Cheap Magic’ over the track. The video sees both the band and Sebastian performing in a psychedelic lo-fi nightmare which lures the viewer into a deep trip of breakneck sonic extravagance which comes in at just under three minutes. A recurring theme in the band’s music, the track highlights their interest in magic, including the mystical practice of numerology, ancient civilisations and the theories of Graham Hancock, which are regularly referenced lyrically in addition to pearls of ancient esoteric philosophy. "We, like you, enjoy a plethora of thoughts and ideas and heartily drink them into our bellies where they congeal and effect our outpourings. These ingredients can come from the most visible sources or from the most invisible. Some of the most invisible ones taste the best, so sometimes we binge on them and get fat." explains Chris. ‘Cheap Magic’ is the third single to be taken from the band’s upcoming album, The Free Life, following ‘Domino’, which featured Mike Kerr of Royal Blood and earned support from the likes of Kerrang! Radio, Huw Stephens and Clara Amfo at Radio 1, Radio X, and Sir Elton John, who described them as “fabulous!”   Released on March 9th, the new album is a vibrant masterpiece for this fractured era, as Turbowolf push back the boundaries of music with ambition in their heads and disruption in their hearts.

Tickets for all shows are available at http://www.turbowolf.co.uk/live